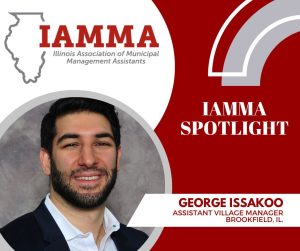 Journey into the profession:

During my undergraduate career at DePaul University, I developed a deep passion for international affairs and geopolitical studies.  As a first-generation Assyrian-American, I already had a knack for speaking multiple languages, was naturally interested in global politics, and had dreams and aspirations of contributing to conflict resolution in the middle east.  I learned later that my dream was to be a Diplomat with the United States Foreign Service.  I worked very hard toward that pursuit and even took and successfully passed the Foreign Service Exam and subsequent language tests.  Unfortunately, 21-year old’s with no professional work experience weren’t sought after by the State Department; go figure.

After graduating in 2010, still unsure about how I would make this dream a reality, I bounced around a few odd jobs before landing my first full-time job at Northwestern University.  I was hired as a Program Assistant for the Student Conduct office. While working there, I was also continuing to study for the LSAT, because that’s what Political Science Majors do. While at NU, I discovered the Master of Public Policy and Administration Program, I had no interest in the Administration side of things. However, I saw that there was a concentration that included classes in National Security and Defense and thought maybe studies in those areas would help me on the path to my goal.

What ended up happening however, was the complete opposite. The MPPA program was not like a traditional MPA program, but I had the great privilege of taking courses taught by experienced local government professionals that had a passion for the profession and for spreading the word.  My very first course was taught by Dr. Greg Kuhn, who introduced me to the concept of a career in local government, what it was like navigating local politics and how policy was made.  I followed that course with a class on public budgeting taught by the former Manager’s of Lake Forest and Highland Park, Bob Kiely and Dave Limardi.

Bob and Dave’s class truly opened my eyes to local government, learning about budgeting, and getting the inside perspective on what it would be like to manage an organization.  Every week we learned more about their careers and experiences, which was great insight to have for someone formulating a vision for a new career path.  While taking that class, I learned about ICMA and ILCMA and wanted to get more involved, I remember Bob and Dave recommending that I pursue an internship in local government to get some real-world experience.  Eventually, I was lucky enough to land an Administrative Intern position at the Village of Glenview Public Works Department. So, I quit my full-time job for the internship, accelerated my class schedule and began working on my graduate thesis.  In just over a year, I went from pursuing a career in the Foreign Service to working in a local government setting.  My experience in Glenview only grew my interest in pursuing the profession further.  I abandoned my law school pursuit, landed my first role as a Budget Analyst for the Lake County government, and haven’t looked back since.

How did you become involved with IAMMA, and overall what did you get out of your experience with IAMMA?:

I have had the good fortune of working for people who have supported and been involved in ILCMA and in IAMMA in some capacity.  I am pretty sure I went to my first luncheon while interning in Glenview.  I became a member when I started my professional career and it has been a huge benefit to grow my network of individuals working in the same field, dealing with similar problems and being open to sharing their experiences.  The IAMMA conference is one of my favorite events to attend annually.

What committees were you involved with in IAMMA?

The most recent committee I served on was NextGen, I met many great people there and was able to do some outreach to my alma maters and expose students to our profession.  Educating people about what we do and why we do it is very important to me.

Why choose a local gov a good career path?

To do this work you have to be passionate about public service.  There isn’t another government job or career I can think of where you can literally see the impact of your work on a day-to-day basis.  If you care about public service, you can’t go wrong with a career in local government.  Also, every day is different from the day before.  As you ascend in your career and the problems you face become more complex, you realize that routine is hard to come by, and no day is boring.  These things are said often but are definitely true.

Fun fact about yourself

Most of my time nowadays is committed to my wife and three kids.  They keep us busy, but we love to spend time as a family, we also have nieces and nephews that add to the fun.  In the fleeting time I have between work and family, I try to commit time to training in Brazilian Jiu-Jitsu.  It has been a passion of mine for a few years now and my goal is to eventually become a black belt.  At this rate though, hopefully it take me less than 20 years to get there :p

If you could give one piece of advice to future local government leaders it would be….

Be Kind, be humble, and be open to every opportunity you can reasonably afford to take on.  The beauty of this field is that there are so many areas of expertise you have access to. So, tap into the resources around you, your colleagues with decades of experience in their respective craft. There is so much knowledge at your fingertips and unlimited opportunity to take part in a project and add that experience to your resume.  Don’t squander those opportunities by staying in your comfort zone.

Install this application on your home screen for quick and easy access when you’re on the go.